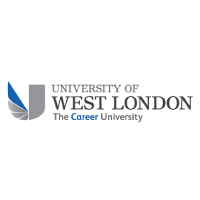 BA Musical Theatre students present ‘Bat Boy The Musical’. Based on a story in The Weekly World News, BAT BOY: THE MUSICAL is a musical comedy/horror show about a half boy/half bat creature who is discovered in a cave near Hope Falls, West Virginia.

For lack of a better solution, the local sheriff brings Bat Boy to the home of the town veterinarian, Dr. Parker, where he is eventually accepted as a member of the family and taught to act like a “normal” boy. With an exciting rock score (book by Keythe Farley and Brian Flemming and music and lyrics by Laurence O’Keefe), it was nominated for eight Drama Desk Awards.

Delighted that we have been able to add a few more places for this upcoming @InfoTCCE event on #AI #arts and #activism it has already booked out twice, so if you would like to attend do snap up your ticket ASAP! twitter.com/suzietcce/stat…

Some great @InfoTCCE events coming up this month including this on #AI, Art and Activism with only a handful of places remaining. eventbrite.co.uk/e/ai-art-and… twitter.com/InfoTCCE/statu…

We are pleased to bring you our first newsletter of 2022 with lots of news stories, upcoming events and activities from our members and ourselves. You can read it here -> bit.ly/3HMx489 pic.twitter.com/RdscQCLsNE

The team will be taking a well earned break now, huge thanks to all our members, collaborators and contributors who have supported all our endeavours this year. We’ll be kicking off 2022 with this humdinger of a discussion on #art #activism and #AI happy holidays all! twitter.com/suzietcce/stat…