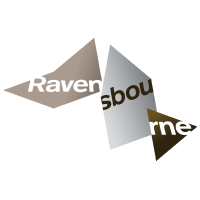 The film, “Candy Floss”, starring Irish actor Barry Keoghan, is a coming of age movie about a young man and woman who go on a road trip. Screened six times at the festival, the film was watched by high profile industry figures such as Danny DeVito.

Haus Pictures is made up of Ravensbourne alumni from the broadcasting, tv production and editing courses. They are Kit Jennings (Editor), Ben Ockrent (Director of Edmund the Magnificent, not part of Haus Pictures) Iain Simpson (Director), Harri Kamalanathan (Producer) Benedict Turnbull (Producer).

The company was formed in 2013 after the friends decided to formalise their partnership. Since then they’ve gone from strength to strength after receiving funding from the BFI and Creative England. Their clients have included the BBC, Coca Cola and Ted X. They were also named official filming partners of the Edinburgh TV Festival.

In the future the company hope to shoot feature films. Most recently they wrapped on a new British film called “Edmund the Magnificent” starring Sir Ian McKellen and David Bradley about a pig farmer which will be released in March 2017.

Haus Pictures has been part of Ravensbourne Incubation, a place which provides space, support and advice to growing innovative companies, since 2014.

Producer, Benedict Turnbull said: “Being based in Incubation at Ravensbourne is really useful as they provide affordable office space – something which is hard to find in London.

“It’s also great to have access to high quality technology and a creative talent pool of students who we can call on for help with various jobs. I’d encourage innovative companies to consider Ravensbourne when choosing where to base their business.”

You can watch the trailer for Candy Floss here. For more information on Haus Pictures visit their website – hauspictures.com

Further information on Incubation can be found on our website.

UK in a Changing Europe senior fellowships: round four